A PIONEER IN METAL BUILDINGS, BEHLEN HAD AN EYE FOR CREATING SOLUTIONS.

In 1949, Walter D. Behlen created the world’s first “stressed skin” metal building in which sheet metal was corrugated to produce structural panels. His frameless building concept was used to develop buildings with clear spans up to 288 feet. 10 inches in a variety of root profiles. In each case, the corrugated panels and other components were made from sheet metal, serving the dual purpose of sheeting and structural support Behlen’s contributions to the metal building industry, including the commercial market. had significant influence on their mainstream acceptance. So much so that a Nov. 3, 1958 article in Time magazine called him the “Corn-belt Edison.” 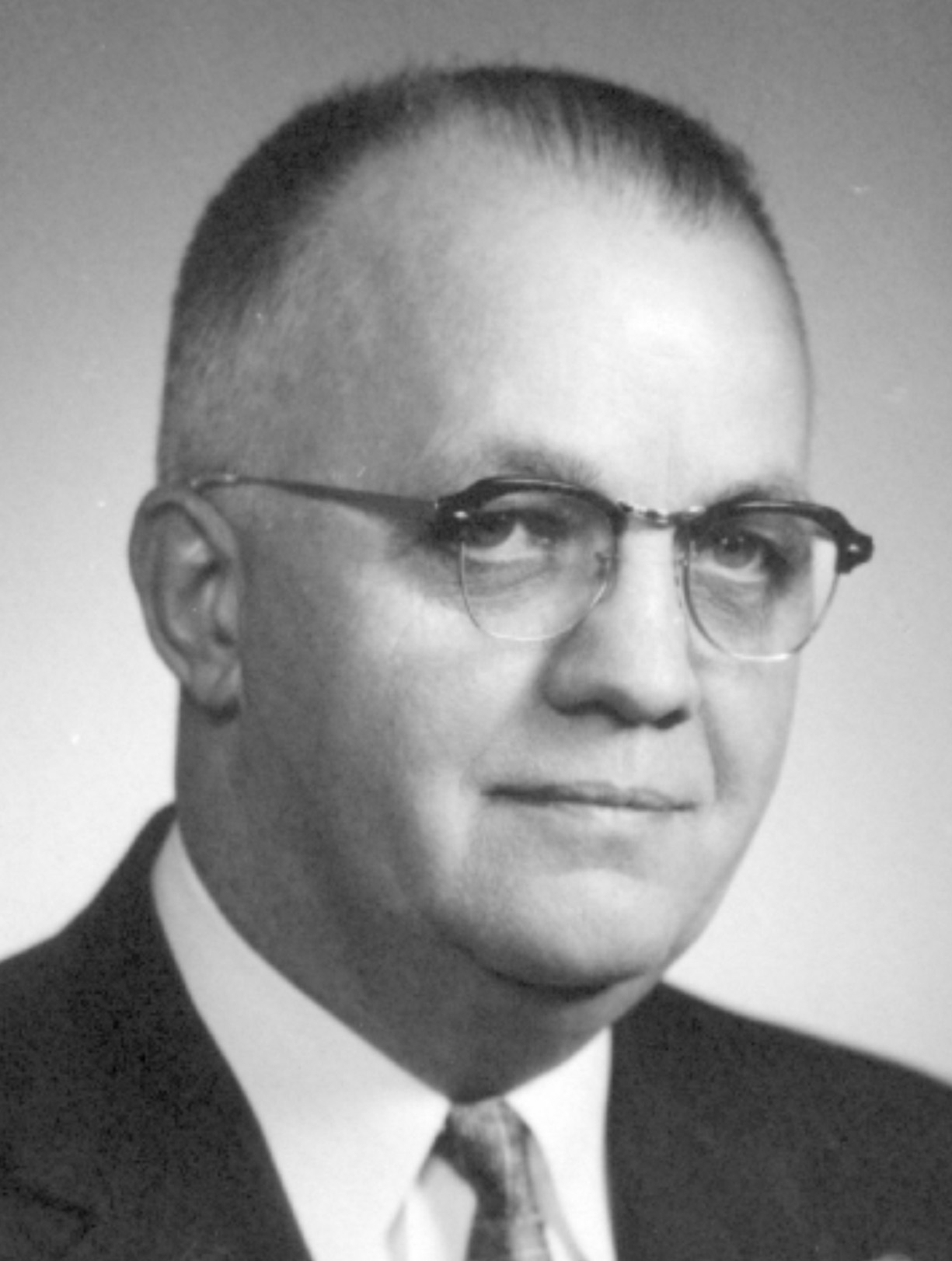 EARLY LIFE
The second of nine children, Behlen grew up on a small farm near Columbus, Neb. After his high school education was interrupted by illness, he returned to school at the age of 20, graduated at age 23, and began Behlen Manufacturing Co., Columbus, as a one­man operation in 1936. When working as a railway expressman, Behlen began producing stee l toe caps for wooden-soled industrial shoes using various hand tools. a grinder poured from scrap metal and a homemade forge he had installed in his garage workshop.

Over the years, Behlen invented a long line of products that were designed and fabricated in the factory. The part-time operation continued until 1941, when Behlen and his father, Fred, began manufacturing small products full time. In 1946, they were joined by Behlen’s brothers, H.P. “Mike” Behlen and G.E. “Gib” Behlen. At that time, the product line included the Behlen corn crib, portable farm grain dryers and grain tanks.

In 1962, the company designed and built a 282-foot by 432-foot column-free arch building for the North Dakota Winter Show that is still in use today. Until dealers were trained to do the erection work, Behlen Manufacturing had its own construction crews. And, as pionee rs in the metal building industry, Behlen could not purchase much of the equipment he needed for manufacturing, so they built their own by creating a large tool and die department.

The self-framing metal buildings come in all sizes, shapes and spans for both the agricultural and commercial markets, making a significant impact on the metal building industry. One of his early popular designs, the “Curvet,” replicated the Quonset huts used by the military. “Walt’s metal buildings proved early on that metal buildings could replace the typical structural steel and concrete buildings being used for gymnasiums, auto dealerships, ice and riding arenas, fruit and vegetable storage and a host of other commercial applications,” says Tony Bouquot, general manager of the Metal Building Manufacturers Association (MBMA).

There was some initial resistance to the Behlen self-framing sheet metal buildings. so to prove their worth, he constructed a 50-foot-wide, clear-span gable building prototype behind his factory and hung 16 tractors weighing 64.000 pounds from its midspan. He also built a 200-foot-wide, clear-span, flat truss system and had 289 Behlen employees stand on the truss system to provide actual “live loading.”

“(Walter) was an inventor, an out-of­the-box thinker. He saw a need and figured out how to fill 1t with whatever materials and equipment he had at hand or could make.” – Mary Ann Hruska

Behlen had innovative ideas for the promotion of his company and its products, which provided widespread recognition and acceptance around the world. “Many have said that IWalter’sl marketing skills were as inventive as his metal building breakthroughs. Starting with hanging 16 tractors from the ridgepole of the first ‘Behlen building’ to prove its strength. From there the buildings were tested against the power of the atom bomb. A million silver dollars at the Seattle World’s Fair highlighted a simple corn crib holding everyone’s dream of a small fortune sitting inside a handsome Behlen building,” shares Mary Ann Hruska, Behlen’s daughter.

According to Rod Goering, former corporate technical director at Behlen Manufacturing, and current owner, Goering Consulting, Wichita, Kan., Behlen never saw himself as a boss. “He worked right beside his engineers, drafters, toolmakers and manufacturing personnel to create a wide variety of products. His people appreciated Walter and saw him as a friend and fellow worker. If you wanted to find Walter, he was not likely to be in his office, but rather out on the plant floor getting his hands dirty along with his fellow workers.”

MBMA FOUNDING FATHER
Behlen was one of the founding fathers of the MBMA. In September 1956, Behlen and 12 other leaders from metal building system manufacturing companies created and became the inaugural members of MBMA. Behlen served on MBMA’s executive committee throughout its early formative years. Now, 65 years later, MBMA has evolved into the preeminent voice of the metal building industry, and Behlen Manufacturing is one of the only companies that has been a member the entire time.

“Walter was a trailblazer in the metal building industry,” notes Bouquot. “He not only had the unique capability and genius to create products needed by consumers but also had the ability to convince them the products were effective and reliable. If someone had a product that didn’t perform as expected, it was replaced for free with no questions asked. His whole M.O. was to provide products customers needed and then to keep them happy and returning for more:

A LASTING LEGACY
Behlen passed away on July 26, 1994, and the company continues to honor his legacy. “As a company, we share our history often through social media posts to history books to celebrations,” shares Theresa Grape, marketing coordinator at Behlen Manufacturing. “We have memorabilia we showcase when there are opportunities and make sure to share the historical legacy still today. The ingenuity and creativeness that started this company is something we all appreciate and make a priority to keep up us growing and prospering locally as well as a global competitor.”