The number of jobs in Colum­bus is easy to come by, but filling those positions is another story, according to Columbus Area Chamber of Commerce Presi­dent Dawson Brunswick.

He said, “You could throw a rock” and it would land next to a business that was hiring. It’s not just one type of work that is available here, Brunswick noted. He cited manufacturing companies and local restaurants as just a few examples of what kind of jobs that are open.

Brunswick said he believes there are two reasons why it has become difficult to fill those roles.

He said first, more residents are reaching retirement age than there are younger people to take over those positions. Second, the world is still readjusting to the COVID-19 pandemic, making some people still afraid to leave their homes, Brunswick added.

“A lot of our current workforce is looking to exit the workforce through retirement;’ Brunswick said. “It really comes down to: How do we replace those (workers) and how do we keep our students? Because we have great school districts not only in Columbus, but the Columbus area that produce a lot of great students.’’
Brunswick said there have been efforts to maintain graduating high school students. The chamber has the Drive for Five initiative where it works with Lakeview Community and Co­lumbus Public schools.

“We engage their students and tell them about opportuni­ties;’ Brunswick said, adding the Chamber is trying to include this initiative at other area schools. “ … I think a lot of it comes down to building relationships with those students.”

He added, he knows those high schoolers “want to go off and do these amazing things” but such endeavors can be done here lo­cally.

“Columbus is the manufac­turing capital of Nebraska” Brunswick said. “We have a lot of opportunities.’’

He added that while there are jobs on the manufacturing line, there are also engineering jobs, which are regularly needed.

“We have all these opportuni­ties that we need to expose our students to,” Brunswick said.

Behlen Mfg. Co. Human Re­sources Generalist Emily Vasina said the manufacturer – which has some 120 jobs available cur­rently, has found it a bit hard to hire. She added “for a while it came down to the unemployment and extensions benefits that people had received during the COVID-19 pandemic.” A lack of applicants and general hiring needs have also made it difficult.

The Nebraska unemployment benefits included an extra $300 after the pandemic hit. But start­ing last month, the state will not add those additional funds to unemployment checks going forward.

Behlen has a variety of jobs available ranging from welders, galvanizing lines, paint lines, loaders/unloaders to general labor, Vasina said. These hours can vary as the manufacturer is hiring full-time and part-time workers, as well as weekend and 12-hour, three­ days-per-week shifts.

Due to this current situation, Vasina said Behlen has re-evaluated its criteria when it comes to hiring and has been more aggressive with its advertising. Now it seems ev­eryone is trying to hire and there are only so many bodies to fill po­sitions.

“As an example, we’ve focused more on having on-site career fairs and made employee referrals a focus:’ Vasina said. 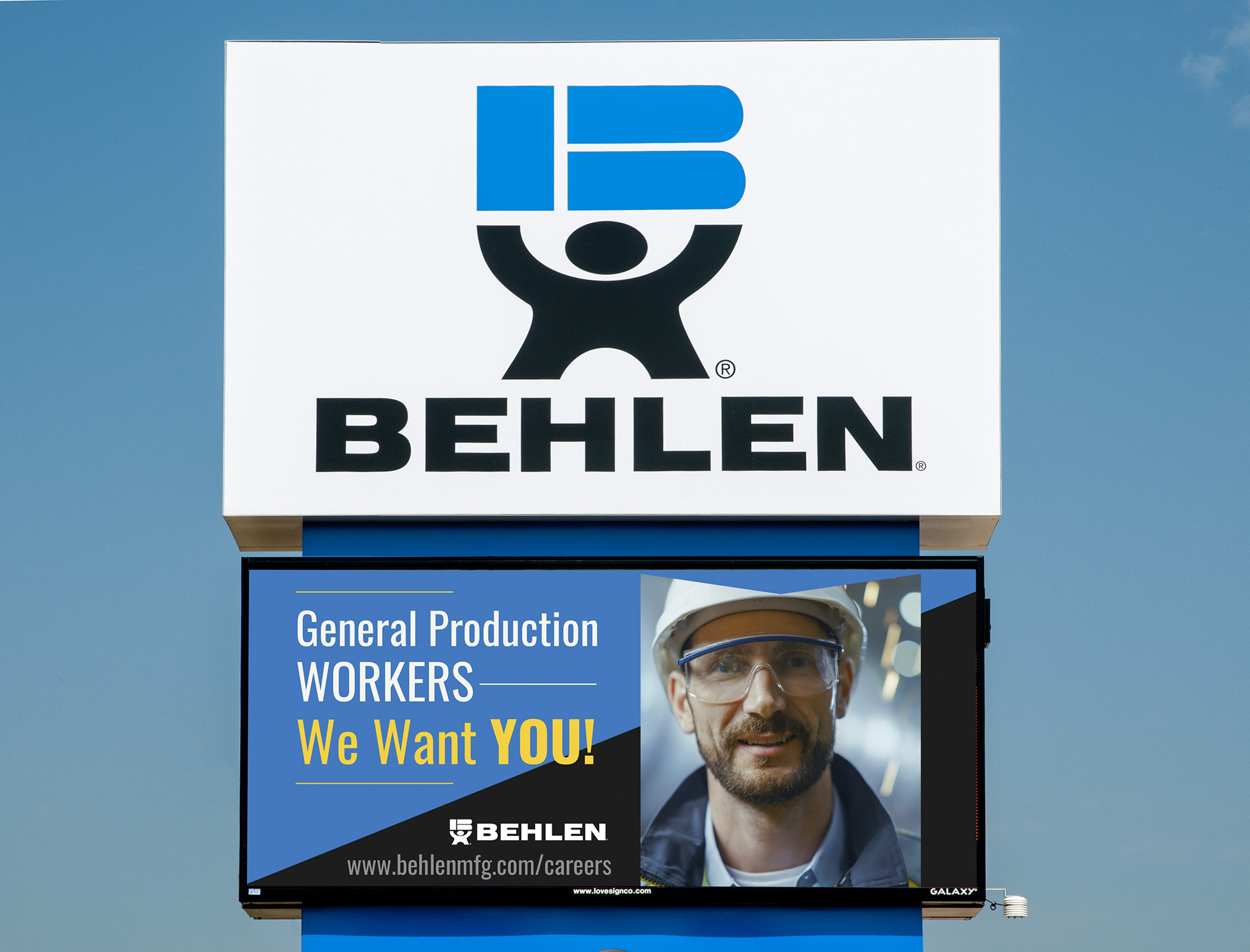 Meanwhile, the Chamber is try­ing to target a demographic that has been difficult to reach: Millennials.

Brunswick said it’s not only Co­lumbus that has struggled to reach folks in the 18-34 age range, but Nebraska as a whole.
“A lot of people leave the state during that age and they come back here later on in life, raise a family and be closer to their family,” Brunswick said.
Brunswick said such a way to get young profes­sionals would be through smart­phones, apps and social media. He praised Columbus Area Convention and Visi­tors’ Bureau Director Katy McNeil for creating the Something Good app as a way to reach an age group that’s more “app-based!’

Some of the ones that are here now are only in Columbus on a temporary basis as they go to college elsewhere, Brunswick said.
Although this issue won’t go away soon, Brunswick said he be­lieves the ultimate way to fill the local workforce shortage long­ term is to work with current high school students.

“It comes down to that education piece, exposing those stu­dents and building those relationships:’ he said.

Andrew Kiser is a reporter for The Columbus Telegram. Reach him via email at andrew.kiser@lee.net.