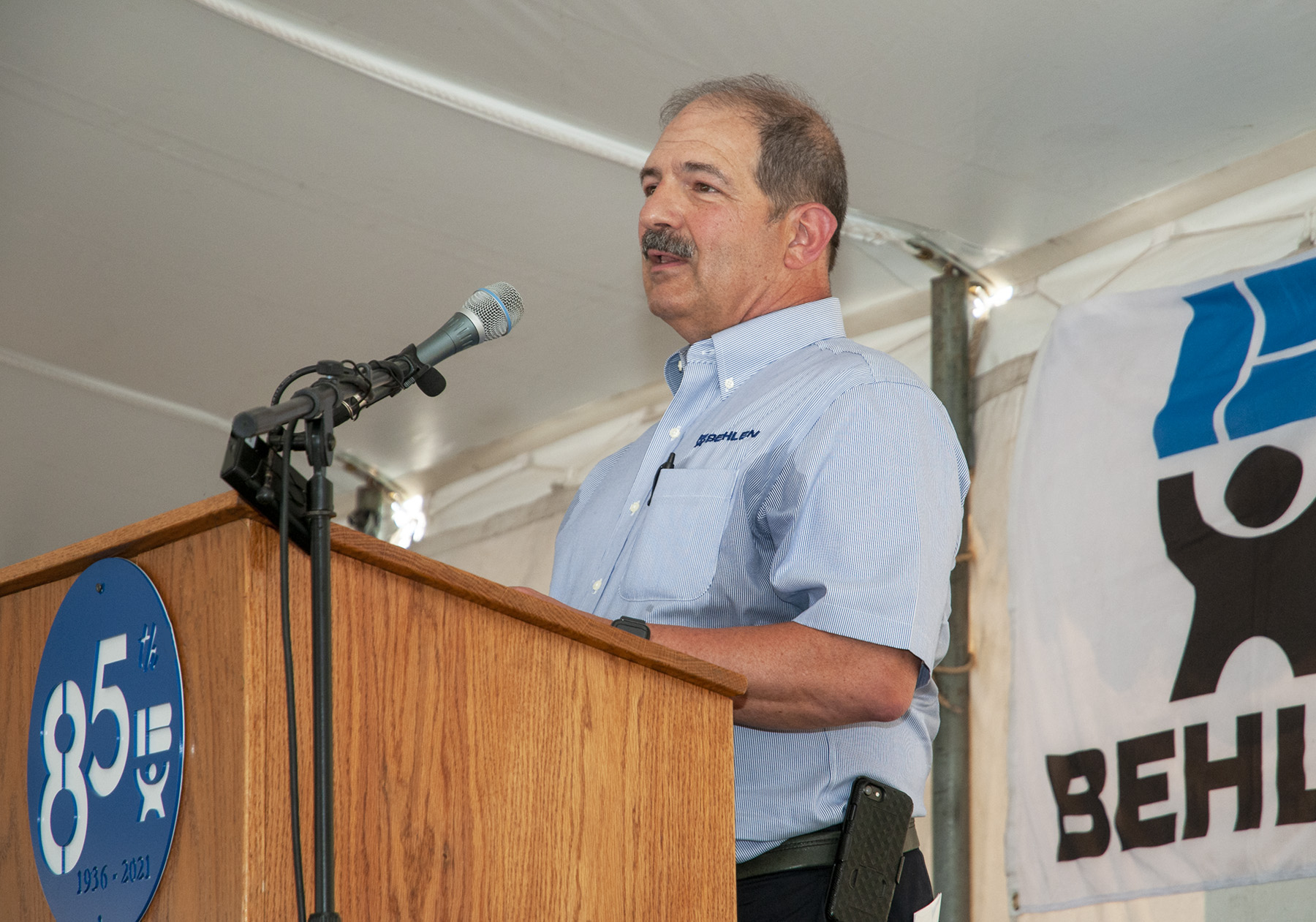 Originally founded in 1936 by Walter D. Behlen, Wickes Corp. took over the company with TR Raimondo becoming the general manager.

Raimondo, along with Dick Casey, Bob Theilen and Steve McGill, bought Behlen Mfg. Co. in 1984 to return the Columbus based company to local ownership.

They lost $7 million in their first year on $30 million invested.

“All of our friends in the banking world ran,” Raimondo said.

Now, the company is at $300 million and Raimondo attributes that to their Partners in Progress (employees).

“Our customers continually tell us that our people take better care of them than their competitors,” Raimondo said.

His son, Phil, is now Behlen’s chairman and CEO.

Ricketts (below) said he was honoured to be at Behlen. As someone who is a part of a family business, he understood the difficulties that it could present. 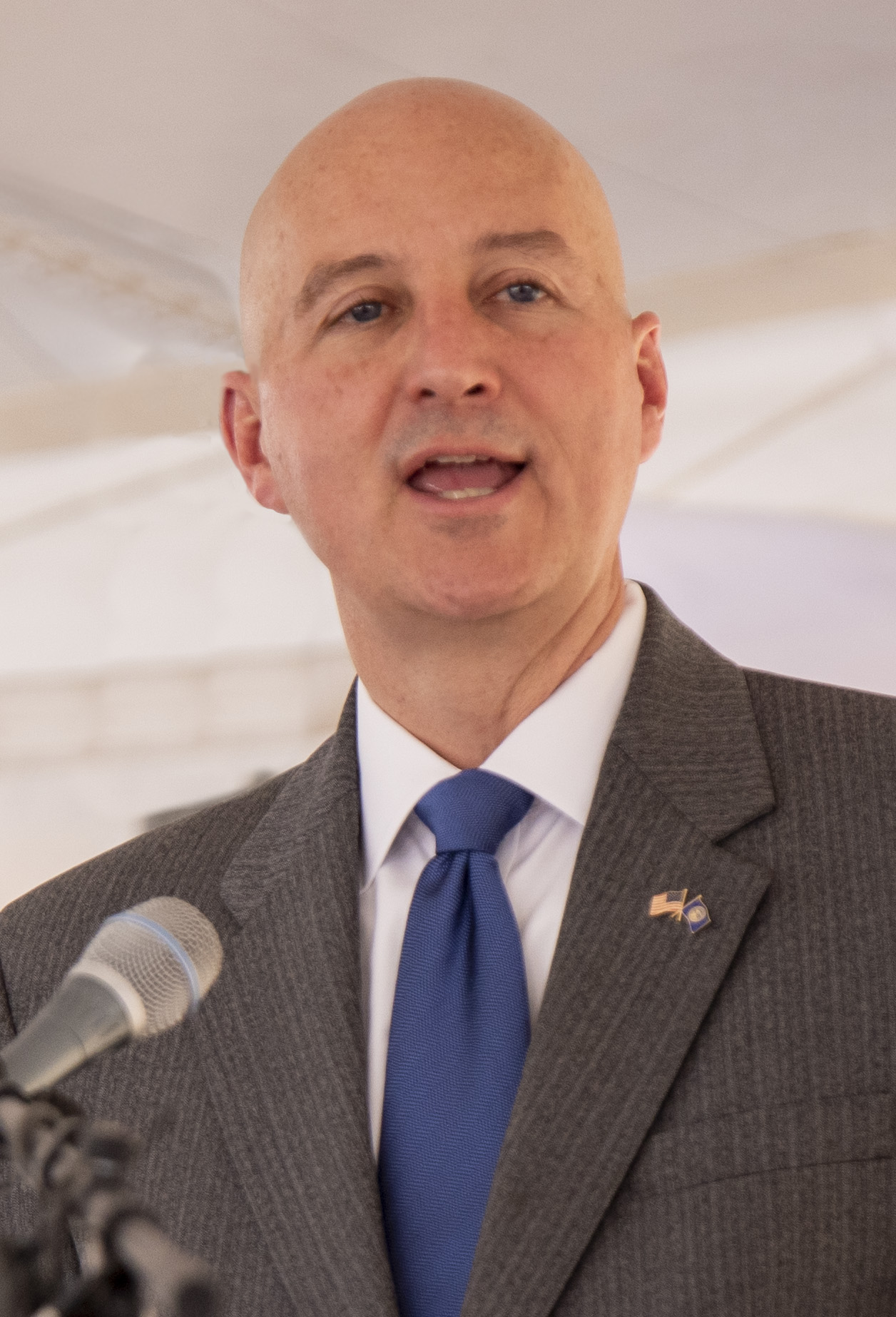 “How you keep a company continuing to be able to provide a high level of service, continuing the Partners in Progress and continuing to serve the community here in Columbus,” Ricketts said, “at the end of the day it’s about people. That’s one of the keys to leadership of the Raimondo family and at Behlen Mfg.”

Ricketts noted the company’s involvement in the community, specifically an apprenticeship program with Columbus High School that allows high schoolers the chance to learn about manufacturing and enter the workforce out of high school.

He also mentioned the donation of 3D printers to Columbus High and lauded Behlen’s role during the COVID-19 pandemic.

“When some of the local folks were being furloughed from their companies, Behlen stood up to offer them temporary employment to help them get through a rough patch,” Ricketts said. “That’s what Nebraskans do. They help out their neighbors!”

Phil Raimondo was grateful for the turnout from the community given the hot temperatures.

“I know people really care about Behlen and it’s not just our Partners in Progress and not just my family, but there are so many families in Columbus that depend on Behlen,” he said. “I think it’s great to have this many people here, especially on a 100-degree day.”

Phil said operations have become smoother as the COVID-19 pandemic winds down, including posting a record number of orders and shipments this year.

“The last three months we started to see more interactions with customers because a lot of the times last year, it was only being able to talk to customers on the phone or through a zoom meeting,” Phil said. “Now that we’re able to get back together, it just seems there are a lot of good things happening!’

Phil is optimistic that the first 85 years can be matched over the next 85 years. However, he’s focused on the present.

“We know that we’ve gotten to this 85-year celebration one day at a time, so as long as we’re mindful of taking it one day at a time, not getting too far ahead of ourselves and making the best business and customer decisions that we can.” Phil said, “I think we will be able to get pretty close to that if not all the way there.