A $116,000 grant from the Nebraska Department of Economic Development will help build on existing Columbus Public Schools programs that promote manufacturing, engineering and information technology jobs.

Behlen applied for the grant with Columbus Public Schools (CPS), and the money will provide a boost to art, computer and science, technology, engineering and math (STEM) programming at Columbus Middle School.

“For instance, in the STEM classroom we already have a CNC machine but we’re going to increase safety measures. We’ll have some new router bits that will allow the kids to have a little bit more creativity with projects,” CPS Marketing Director Nicole Anderson said. 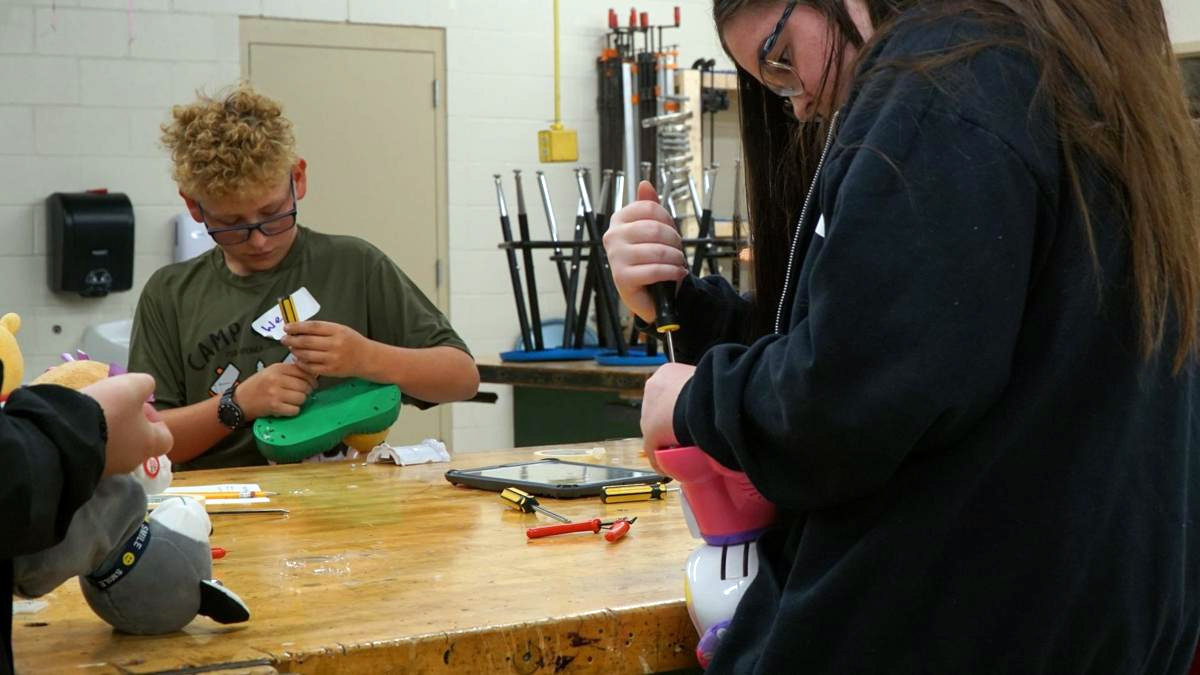 (Students take toys apart in preparation for a robotics project at the CPS STEM Camp in June at Columbus Middle School. The robotics programming at the middle school will benefit from a $116,000 grant from the Nebraska Department of Economic Development)

Anderson said the funds will also allow CMS students to do some new things with coding and robotics.

Anderson said the school is also working to introduce software that will allow students to implement their own artwork in computer games.

“It’s about taking things they love to do already and (show them) how to apply it in another way,” Anderson said. “It’s taking our curriculum and giving us another way to apply it and show real-world application.

Anderson said the money will go to Behlen, which will direct it to CPS. She said the funds will work by reimbursing the school for investments and upgrades it makes, and that the grant should cover expenses over a two-year period, starting now.

The grant also builds on an existing relationship between Behlen and CPS.

“I think it’s a natural step. … The original investment that Behlen made in the school system was when they built the new high school,” Behlen Mfg. Co. Chairman and CEO Phil Raimondo said. “We wanted to focus on the STEM academy there.” 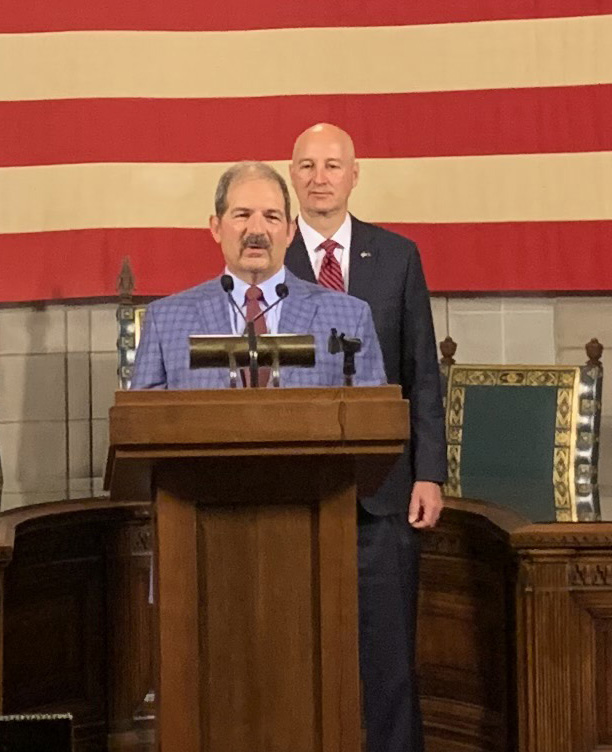 According to a press release about the grant winners, DYTI aims to introduce middle school students to careers in manufacturing, information technology, engineering and health care.

“We used to go the community college to recruit people to work. And that was good and it’s still OK but now we’re trying to reach kids in high school,” Raimondo said.

Behlen has tried to do that outreach in several ways.

“The apprenticeship program we did a few years ago is still active and doing well. We also have a lot of interns, some high school and some college kids,” Raimondo said. 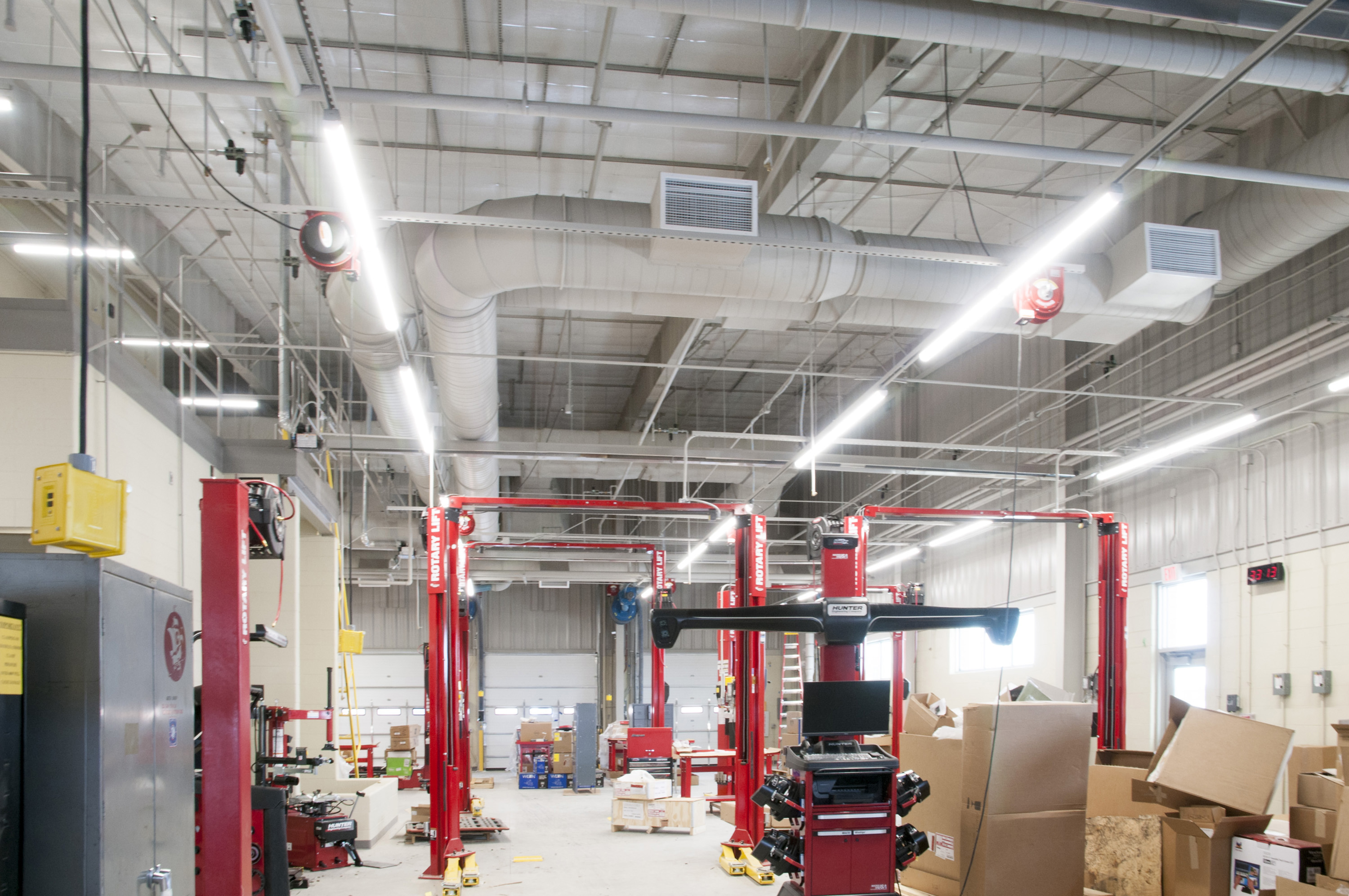 The automotive shop at Columbus High School. Nicole Anderson said boosting the STEM, art and computer programs at the middle school will inevitably support opportunities at the high school that are relevant to careers in manufacturing and technology.

“(For) that middle school age, we feel like there’s a great opportunity to get them exposed to manufacturing, get them comfortable with some of the things that we’re doing in our plant,” Raimondo said. “If we can get them thinking about that earlier, we feel like we’ll have a better opportunity, not just for Behlen, but for all the other manufacturers in the community.”

Growth of the middle school programs is also bound to boost things at the high school, Anderson said.